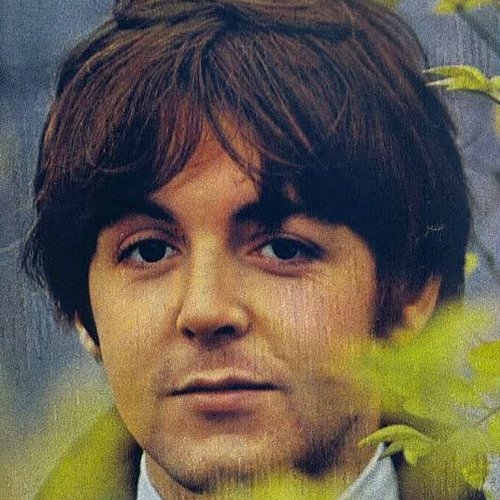 “Love is all you need” wrote an amazing Southpaw musician and charitable human being. Paul McCartney is a man who changed the course of music and is still reaching out to help the world around him.

He came from musical roots; his father was a jazz player in a ragtime band. McCartney’s father wanted his sons to follow in his footsteps and gave Paul a trumpet at a young age. McCartney traded the trumpet for a guitar. It was a right-handed guitar, and with the adaptability and determination of a lefty, McCartney re-strung it so he could play it left-handed. McCartney took music lessons early on, but mostly he was self-taught. He had an incredible ear for music.

When he was fifteen years of age, McCartney met John Lennon. Paul McCartney became one half of one of the greatest song-writing teams of all time. When the Beatles came on the scene, they took the world by storm. The song writing duo of Lennon and McCartney worked their magic and collaborated despite a strained relationship. McCartney and Lennon headlined, while Ringo and George played backup, with very little of their material making it on the albums. McCartney had his hand in everything, He sang lead vocals and played bass guitar, rhythm guitar, lead guitar, keyboards, piano, and drums on various Beatles’ albums.

In the later years, McCartney was the glue that kept the band together. However, all four were destined for solo careers, and the end had arrived years before the ultimate breakup. The breakup it seems was inevitable, considering Lennon and McCartney held the other two Beatles down by excluding their songs from the Beatles’ albums. George Harrison had so much unreleased material that he put out a double album soon after the break up. Lennon’s solo career was cut short by his death. McCartney refused for many years after the breakup in 1970 to play Beatles’ songs and held to that until 1976.

McCartney’s solo career was a huge success. His first solo album after the breakup rose to number one on the U.S. Charts. The Beatles won seven Grammy Awards and released 24 multi-platinum albums, 39 platinum albums, and 45 gold albums. In the U.S., McCartney also won two additional Grammies with Wings and two more as a solo artist. McCartney is considered the most successful recording artist and composer of all time. Sixty gold records in all, combining his time as a Beatle and his solo career, with over 100 million albums and 100 million singles sold worldwide. Thirty-two of his songs became number one hits.

Knighted in 1996 for service to music, he is also known as Sir Paul McCartney. He had a huge impact on modern music and was the driving creative force of the Beatles. Many of the pop songs McCartney wrote helped propel the Beatles to fame and fortune. What is all the more amazing is that the Beatles accomplished their musical miracle run in a ten-year period.

Beyond being an excellent musician, McCartney is also a philanthropic man. McCartney and his wife Linda were vegetarians during their time together, and they were both avid activists against animal cruelty. McCartney is a huge advocate for People for the Ethical Treatment of Animals (PETA). He also backs the Humane Society and The David Sheppard Wildlife Foundation, and he was part of a movement against land mines. Making himself available for performances to help charities raise money, McCartney has participated in Ferry Aid, Band Aid, Live Aid, and Live 8 to help raise money to offset the devastation caused by the 2004 Asian tsunami. Additionally, he has increased awareness of seal hunting and lent his support toward ending poverty.

McCartney uses his fame and fortune to make the world a better place. Instead of watching the world flounder as he enjoys his success, he has stepped forward to offer a helping hand. Paul McCartney—a left hander who has left a song in our hearts and a mark on humanity.