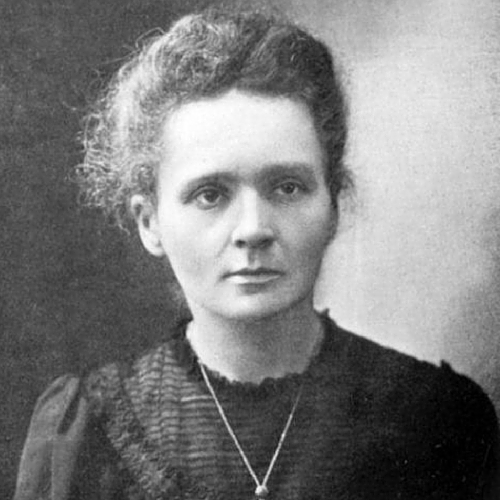 Achieving greatness and fame does not come without a cost. Personal sacrifice is a constant companion because family, relationships, and fun all require time. To reach the goals that can lead to greatness, everything else must become secondary. So many people choose a life of just enough. They do what humans are supposed to do—be born into this world, live, and die. They are content with a life that pays the bills and provides them some level of comfort. They go to a job every day and dream of retirement. The status quo may seem enough at the time, but in the end, we all look back at the choices we have made. We can leave this life with a smile or a sense of regret.

In contrast, some people seem predestined for greatness from their first breath. Marie Curie was a gifted woman born to parents of high intellect and low socio-economic status. For women in the late 1800’s, a good education was hard to come by. Educational opportunities were available to men, but for Curie, they were out of reach. She could not attend the men’s only university in Warsaw, Poland, where she lived. Instead, her father taught her physics and chemistry through informal studies and lessons.

Curie later worked out a deal with her sister that she would work for five years to put her sister through school. In return, her sister would work to put her through school. During Curie’s time working, she diligently devoted time to her studies. She avidly studied chemistry and physics in her spare time. She moved to Paris in 1891 to pursue her education. Pushing herself hard and living in poverty, she subsisted on very little food and a poor diet, and as a result, her health suffered from lack of proper nutrition.

Possessing both an incredible drive and a brilliant mind, Curie was an astonishing person. She earned a master’s degree in physics at age 26, and a year later she earned a master’s in mathematics. She was the first woman in France’s history to earn a Ph D, physics her area of study. So much bias and discrimination existed against women in her time; it was hard for females to succeed. Yet, her intellect could not be denied. Curie was the first woman to win a Nobel Peace prize, which she won in physics. She went on to win a second Nobel Peace prize in chemistry, making her the first person to win two Nobel Peace prizes in separate categories.

She met her husband Pierre Curie—significantly also a left hander—while trying to find lab space for her experiments. The two were the most dynamic scientific duo of all time. They worked well together, and soon became romantically involved and decided to get married. Their research on X-rays was ground breaking and laid the foundation for modern day X-ray equipment. Together, they published over 30 scientific papers. The Curies’ discoveries led to the development of radiation therapy that has touched the lives of millions, helping them recover from cancer. Not only was atomic scientist Curie left handed, but she also was the matriarch of a whole family of accomplished, Southpaw scientists. Historians believe their daughter, Irene, was also left handed. Irene went on to win a Nobel Prize of her own with her husband—who, you guessed it, was also a lefty. After Pierre Curie’s death in a horse-drawn carriage accident, Marie Curie was offered the position of professor at the University of Paris, becoming the first woman granted this title.

Curie was instrumental in saving many lives in World War I. She perceived the need for radiological centers near the front lines of battle. After familiarizing herself with anatomy, radiology, and automotive engineering, she helped develop the first mobile X-ray units. She became the Director of the Red Cross Radiology Service in late 1914.

Curie was a very selfless person. She donated much of her money from her first Nobel Prize to friends, family, and fellow students. Many times in her lifetime she turned down awards and gave the money to the institutions she worked for. She intentionally did not patent certain discoveries so that the scientific community could conduct experiments and research without constraints. The French government offered her the Legion of Honor award for her lifetime of achievements, but she flatly refused.

This talented and benevolent woman had to overcome numerous barriers placed in her path. Being a woman in her time made it hard to be recognized. However, she would not be denied—her brilliance and determination earned her recognition as one of the most amazing scientists of all time. Tragically, her research led to her demise. The constant exposure to radiation led to her contracting leukemia. Even today, her papers are kept in lead-lined boxes because they continue to emit toxic levels of radiation.

Marie Curie was a true pioneer, an inspiration to all women. Curie was a woman of sacrifice whose work continues to impact millions of lives. Her research has led to many people surviving cancer. She broke down the barrier of discrimination and bias based on gender by refusing to be treated unequally by her male counterparts. She is the most famous female scientist of all time—a Southpaw who would not be denied. She was a relentless researcher, scientist, and a woman who forever changed the world. Sacrifice, persistence, and curiosity propelled Marie Curie to greatness. She left a legacy of inspiration for women of the world to follow.