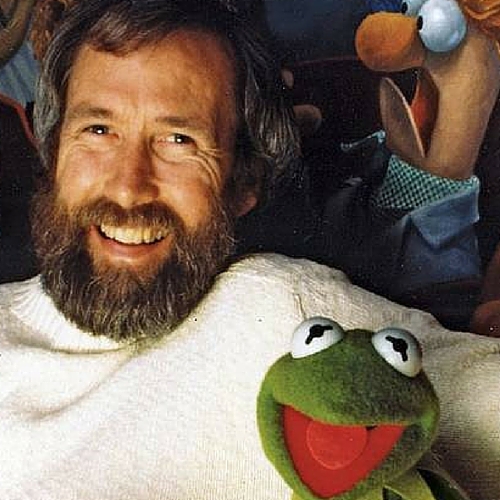 So many people pass through this life without leaving a mark, nothing to show they were ever on planet earth. We all have gifts to share, if only we search for the uniqueness in our souls. He is best known as a puppeteer, but Jim Henson was so much more than that. He was also an artist, cartoonist, inventor, screenwriter, actor, film director, and producer. His creative genius has moved the hearts of millions of people, both young and old.

This world-changing Southpaw came from humble beginnings and remembers his family’s first television as the biggest event of his teenage years. His father worked for the Department of Agriculture and raised his family as Christian Scientists.

In the earliest renditions of Henson’s creative genius, he worked for a Saturday morning television show crafting puppets. He created a puppet show called Sam and Friends, which included the earliest beginnings of his most famous character, Kermit the Frog. Henson’s original rendition of Kermit the Frog was made from his mother’s green coat and ping pong balls. From such simple beginnings, the most famous Muppet of all was born.

After spending seven years in obscurity, Henson began to question the wisdom of puppeteer as a chosen profession. He traveled Europe in search of a spark and was inspired and rejuvenated in his pursuit of turning his vision of Muppets into reality. Despite his early success with the six-year run of Sam and Friends, Henson struggled through the years of bit parts, commercials, talk show appearances, and children’s educational projects before any hopes of bringing Muppets to the world stage was realized.

Henson’s appearance on The Ed Sullivan Show in 1966 greatly increased his exposure. After that appearance, Henson started introducing the world to his Muppet characters through television commercials. His first mainstream Muppet was Rowlf, the piano-playing dog. Henson scored his first major break when The Jimmy Dean Show aired the piano playing dog character. Henson was so grateful for the exposure that he offered the host almost half interest, which was graciously declined.

From those beginnings came the earliest incarnations of Sesame Street. In conjunction with The Children’s Television Workshop, Henson created a masterpiece of educational brilliance that has touched the lives of millions of children. Characters were created that help children learn life lessons, the alphabet, and counting. Puppets and Muppets made learning fun. Many a parent could go about his or her daily chores while Henson entertained and the children learned. With Bert and Ernie, Oscar the Grouch, the Cookie Monster, and Kermit, the kids were in good company.

Henson appeared on Saturday Night Live and decided he wanted to reach a much broader audience. His vision helped launch The Muppet Show. The show featured Kermit, Miss Piggy, and a cast of other Muppets and celebrity guests. The Muppets were an extension of Henson, a way of expressing his creativity and humor, with Kermit the Frog being his alter ego. The Muppets have been used to bring new levels of understanding on tough issues like Aids and the struggles of military families. At its height of success, The Muppet Show reached almost 250 million viewers in over 100 countries. The Muppets went on to movie fame, and Sesame Street continues to educate and entertain the children of the world.

The creativity and vision of Jim Henson has changed the lives of countless millions and brought his dreams into the living rooms of mainstream America. Puppets can affect people like no other medium; sick children, cancer patients, and depressed children can be reached through puppetry. Henson left a legacy of innovation and entertainment for future generations. His foundation is the only grant-making institution with the primary mission of promoting puppetry in the United States and has dispersed over five hundred grants for developing new startups in contemporary puppet theater.

Jim Henson wanted to make a difference in the world. He was a Southpaw who embraced his unique gifts and possessed a drive that propelled him to success. His dreams have stirred the hearts and minds of so many children past, present, and doubtless also will in the future. A brilliant man who died way too young, his legacy still touches lives. Jim Henson was a Southpaw of great vision who used his creativity to teach and reach the children of the world.