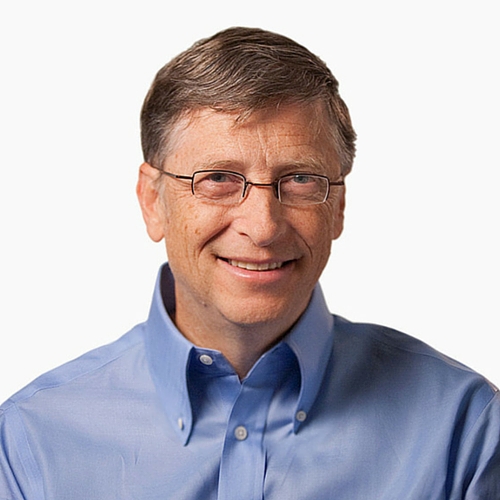 One dictionary defines “legend” as a person who is the subject of a collection of stories of admiration about him or her. While his collection of stories is yet unfinished, Bill Gates is rightly referred to as a legend, a living legend who we admire. Bill Gates is a true visionary, business tycoon, philanthropist, investor, innovator, inventor, and software developer. He is a certifiable genius, earning ten points short of a perfect SAT score. But what is more, he is a man who looks for opportunity and believes he will succeed.

Before the age of eighteen, Gates sold his first computer software program, a timetabling system for his high school, for almost five thousand dollars. Later, while reading a Popular Science article in the early 1970’s, Gates realized that the newly created microcomputer would need new software to operate. Gates was so bold so as to call the creators of the Altair 8800 and tell them his team was working on a basic interpreter program for their platform. At that point, Gates and his friend Paul Allen did not even possess the computer in question nor had they even started software development! They were just testing the waters. The president of Micro Instrumentation and Telemetry Systems (MITS) agreed to meet for demonstrations and so the partners developed a working model of the basic interpreter program.

Allen was hired by MITS, and Gates put in a leave of absence from Harvard University; Microsoft was born. Microsoft’s Basic was very popular with computer enthusiasts, but a demo version was copied, pirated, and widely distributed. Gates wrote an open letter proclaiming MITS could not continue to produce and support high quality software without generating revenue. Thus, Microsoft became independent in 1976.

Timing was everything for Gates and Allen. In the late seventies, IBM had plans for marketing the computer for personal use in the home. Microsoft was approached to develop an operating system for the home-based computer systems. The brilliance of Gates was demonstrated when he recognized what would work in the marketplace. Microsoft put all of its eggs in one basket and bought Q-DOS for fifty thousand dollars. They renamed it MSDOS, and through a stroke of genius, retained all rights to manufacture and license their product.

The true genius of Gates’ marketing plan was looking at the big picture instead of letting greed cloud his vision. The company had competitors that wanted money to license every computer, whereas Microsoft offered a flat rate. Gates had the foresight to focus on building a profitable future instead settling for making maximum return on the front end. When another company announced they were developing a mouse-driven, graphics-based interface, Gates saw the writing on the wall. He knew the appeal would be widespread for the masses that were not tech savvy.  He bluffed the masses and stated Microsoft was on the verge of releasing a graphical user interface (GUI) program called Windows. However, Microsoft was not even close to release, but nevertheless, the people loyal to Microsoft were willing to wait and thus provided the company the needed time for development.

Microsoft has made Bill Gates the wealthiest man in the world. With this wealth has come problems. He has been brought up on charges by the U.S. government and other governments for running a monopoly. His business practices have been brought into question, with his company being sued for forcing computer makers to sell Internet Explorer with their computers. Microsoft lost, but the decision was later overturned. Right or wrong, Microsoft has succeeded where other companies have failed.

And proving his interest in other people, Bill Gates has not hoarded his money. The William H. Gates foundation has donated almost $30 billion to charity. Gates has personally donated millions to M.I.T., and his foundation donated over $80 million for research for a new tuberculosis vaccine. Further, his foundation chose to focus on wiping out malaria. He has been questioned on why he has not put his money into cancer research. However, so many other entities are dedicated to cancer research; in keeping with his style, he wanted to break new ground. He chose to concentrate on wiping out malaria worldwide, therefore focusing on using some known solutions(mosquito netting, vaccines, and eradication techniques) that can save lives now.

Gates is leaving his three children ten million apiece upon his death. He wants them to forge their own paths and build their own empires. Bill Gates has always embraced who he is. He is a man of wisdom, vision, and compassion. Yet another example of balance and creativity combined with the drive to make miracles happen, Bill Gates is a living legend Southpaw.

A lot of the focus of their foundation is to further education, make medical technology available in remote and poor areas of the world, contribute to global health and to help further agricultural development.